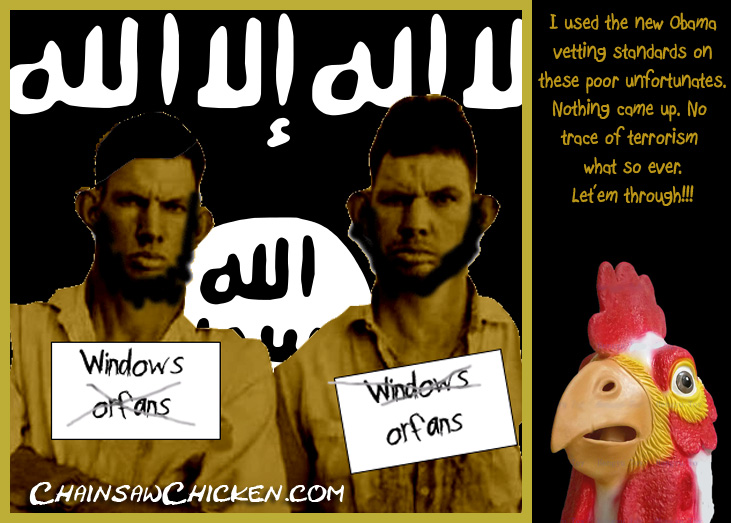 President Barack Obama slammed some Republican lawmakers and governors Tuesday for their refusal to admit Syrian refugees, saying they are “scared of widows and 3-year-old orphans.” 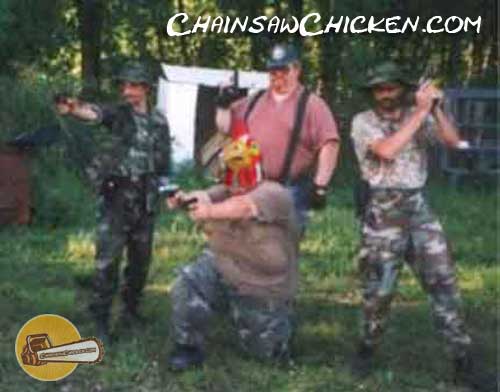 Not all are passive in the United States. If you start pulling the assaults here like you have in other major cities around the world, you WILL see a difference. In total numbers, the civilian population that is armed within the United States would make the second largest army in the world. Now I, Chainsaw […]

Hitler at the Reichstag 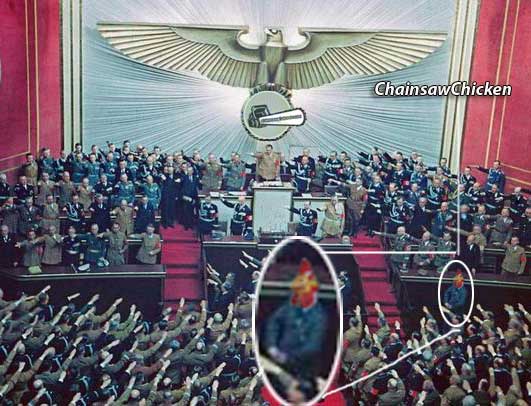 Chainsaw Chicken was there but he said “I ain’t saluting!”