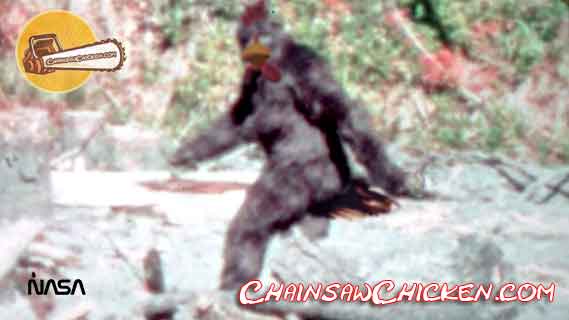 There was little press coverage when a coalition of photographic professionals from NASA as well as experts from Chainsaw Chicken International, LTD announced the results of a digital computerized study of the famous Roger Patterson image of Bigfoot taken on 1967 in Northern California.

Recently, claims have been made that the encounter filmed was a hoax. Leveraging the same technology used to photo-enhance images from Mars, NASA and the Chainsaw Chicken organization have establish new proof.  This creature was actually a relative of the Unnamed Chicken Apes of Borneo discovered a few years ago (see associated story below).

Obvious in the enhanced photo, a beak, comb and even tail feathers can now be seen. This totally rules out the outlandish claim that the incident was a fraud.

After all, the last year has shown us that we must believe science has all the answers. Like President Biden says, “Follow the science, … c’mon man!” 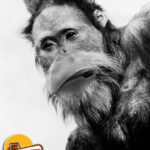 Evolution Is In The News