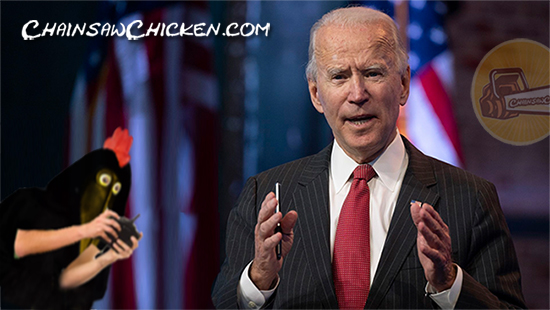 The pool camera feed panned left momentarily and a stunning image was seen by the people still watching President Biden’s speech. It was the infamous Darth Chicken, the string puller in the White House. The Biden Remote Controller.

“Now settle down, Joe… Don’t scratch your nose!”.  his fingers spinning the impulse inducer dial…”They know that means your are hiding something!”

Darth Chicken slapped the controller hand set a time or two…”What’s wrong with these controls?… Are the batteries going out? (SLAP)…  I just changed them!”… Darth continued to use the controls trying to induce signals to the President’s mental implant circuit board.

“Double-Shitzen!… I accidentally put you into whisper mode!”… Hitting all the buttons and switches to try to reverse the impulse. “Don’t lean over and whisper into the microphone… NO! NO! NO!”

Realizing the problem may not be with the controller, Darth mumbled, “I think the frequency must be conflicting with his ear bud giving him things to say!”…

Once Darth had regained control, it was time to end this continuing disaster…

“Okay… You’re done! Turn away…pay not attention to the press! March away in that funny gate you have… DON’T ANSWER ANY QUESTIONS!!!”

“TURN!!! TURN LEFT… NOT RIGHT!” said the Biden Remote Controller spinning the dial, turning the handset even to the left as if that might help.

Briefly thinking of his Hungarian life before working with NSDAP officers as a boy, he muttered, “This is why Hungarians don’t say “It’s not worth the effort”, they say “It’s worth as much as a kiss to a dead person” (Annyit ér, mint halottnak a csók). 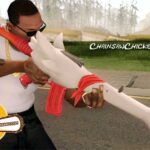