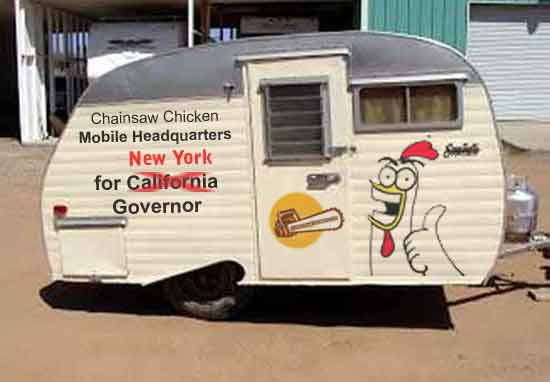 Since Chainsaw announced his intentions to replace Newsom as Governor of California, everybody and their neighbor have signed up as well. From transsexuals to talk show hosts, the field suddenly became rather crowded and Chainsaw soon realized that he had not caught the eye of the voting electorate or the mega press.

Then a wonderful thing happened last week. The Governor of New York took a long look at the writing on the wall and decided to step down. Hot Dog! A new opportunity!

So, with that, Chainsaw packed up his mobile headquarters and started to make his way to the Empire state to get in front of the crowd as a replacement for all those Cuomosexuals disappointed by their spiritual leaders extra-curricular activities.

“The first thing I have to do is to get some publicity about my entry into the race. And what is New York known for?”, he asked. “I mean, besides the death spot of King Kong and the Beatles in Shea stadium… Niagara Falls. I’m going to go over the falls in a barrel. That will get me lots of coverage. Maybe even ABC’s Wide World of Sports“. 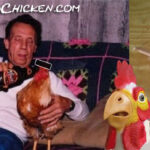