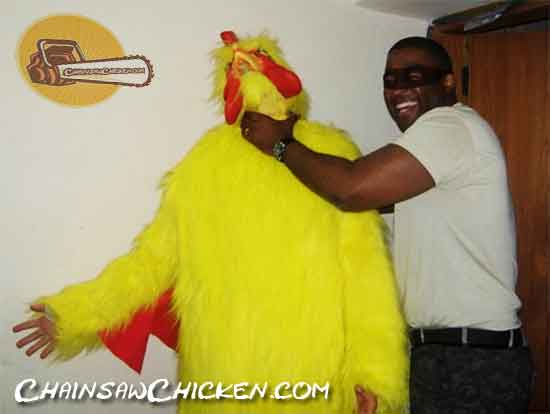 Tragedy reared it’s ugly head in our home this week. When Mrs. Chicken and I returned from the gala at the Met, we found Rodney, our neighbor. He likes, ahhh…(pause) ‘liked’ to dress as if he was a member of our family. He was watching the summer finale of America’s Got Talent at our place because he had not paid his cable bill.

Little did he know it was HIS series finale.

When the police went through any evidence that might be in the home, they discovered our Nanny Cam captured this image. But who was this deadly fiend?

Detectives said that he is well know. He is the Smiling Assassin. He wasn’t known for choking the chicken but there it was. He is an ex-military type hit man that had struck all over the civilized world. When the audio playback was started, we could hear over and over “Die Chainsaw Chicken” and “Curse you, Chainsaw”.

He had obviously mistaken Rodney for me! Poor Rodney!

Identification of the Smiling Assassin has ranged from Virginia Governor Ralph Northam or Canadian Prime Minster Trudeau wither one doing blackface all the way to Buckwheat from the Little Rascals. 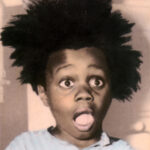 The search is on now but I’m in-protective custody. 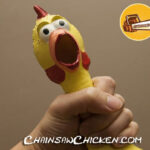