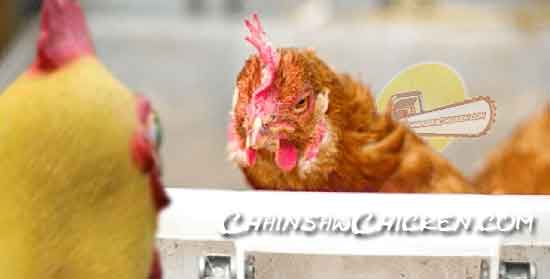 “Hello there! How ya doing? Are your enjoying this county fair?” Chainsaw asked as he worked his way through the poultry exhibits.

No answer came from the red chicken he was addressing.

“I’m a sponsor of this area of the exhibit. That’s my logo behind you and you can see my web site address plastered everywhere. There it is right here! ChainsawChicken.com” Chainsaw continued.

The chicken simply gazed at Chainsaw, his head shifting, tilting left then right, but again, no answer.

Chainsaw simply began speaking again as if he was in a typical conversation. “Yup, I like helping out the exhibitors so they can show off their animals. Can’t abide those damn turkey’s though. I won’t let my business or my well-developed ‘brand name’ be associated with those creatures. You see, it’s my name, my image, my personality that I’m exhibiting.”

Chainsaw stood talk and declared “That’s because I am Chainsaw Chicken!”

The red chicken stared at Chainsaw… Moments later he simply said “Chicken who???”, paused, then turned and began pecking at the ground again. 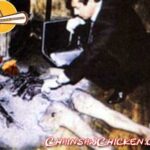