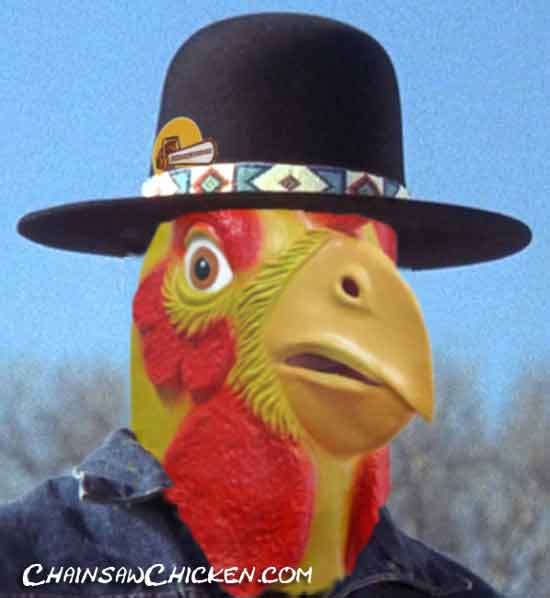 But who was Billy Jack? There are some that claim he was a half-breed Navajo and German vagrant, discharged from an elite military unit defending the little guy with martial arts skills.

In reality, Billy Jack was really William Jackov Chicken. With a name like that, you can imagine how he was bullied in school. He developed a habit of hiding right out in the open. Sure, he was actually hiding in his mind by covering his eyes with a hat but it did seem to be effective.

He carried this technique into adult life, purchasing an imposing black flat brimmed hat. He was quite statuette. Chiseled features. He had a great look. When he would find himself in an uncomfortable situation, he would pull his hat down over his eyes, stand tall and not move.   It always seemed to work until the last time he used it.

History doesn’t record what happen that final time with William Jackov Chicken. It was suggested that he had an encountered with a old fellow Jr. High student that used to give him the worst time about his name. This student turned to a life of crime and is now on the 10 most wanted list with the FBI.

Others claim that he was searching for Big Foot and found what he was looking for.

One over-riding rule to remember is that not all postings and recountings of Chainsaw’s relatives are always winners. 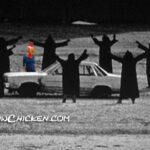