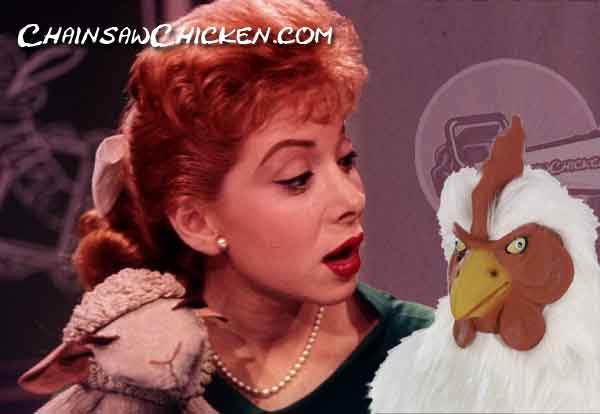 After Shari Lewis (born Phyllis Naomi Hurwitz) did her guest appearance on the Captain Kangaroo Show,  things really started to change. As a ventriloquist and puppeteer, she was making some more appearances on other shows such as Howdy Doody, Car 54-Where Are You?, The Man from U.N.C.L.E., and Love-American Style, talent agents suggested that she bring on a puppet that might appeal to some of the men in the audience.

Experimenting design after design in test studio audiences, she realized that her simple sock puppets were not going to satisfy her desire to do something cutting edge. That’s when she met one of my shirt-tail relatives, Moe Chicken. He was a union lighting engineer from a near-by studio. Moe was a crusty old bird, but with some persuasion and some extra payola he agreed to pose as a new member of her troupe. He would be known as Chicken Cacciatore.

Visually, it was something the networks were really excited about. They knew that Moe could not be allowed to say anything using his own voice. It would be contrary to the entire concept. She got Moe to finally try to work his beak when she spoke. She tried throwing her voice but Moe just couldn’t make it happen right.

Finally, in frustration, Shari grabbed Moe and ran her hand into him like the other sock puppets. As she worked her hand, Moe moved his beak. Eventually it worked.

Moe was a member of the troupe for several engagements until one day the two of them got into a terrible fight and Moe left the show, breaching his contract with Shari.

Moe was heard snarling as he walk out that day “I warned her about those damn finger nails”.

Shari went back to what used to work and created  Charlie Horse to accompany Lamb Chop and Hush Puppy. 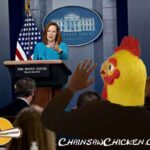