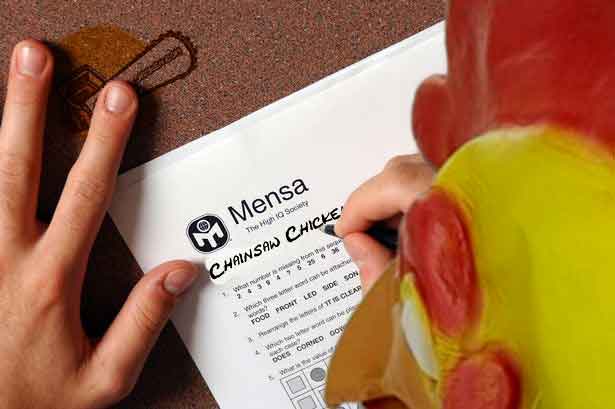 It’s all but official. Soon I can add my upcoming Mensa membership to my resume of achievements.

What is Mensa? Mensa is an organization that is made up with members that have an I.Q. at a minimum of 98 percentile. That means if you were in this 98 % of high I.Q. and could put 99 other people in a room, there’d be only one other person as smart as you.

Some might ask “How in the world could Chainsaw Chicken be allowed to join Mensa?”

It’s like this. I took the arguments of ‘entitlement’ and applied it to this situation. In my case, I pointed out to the governing body of Mensa that they have no chickens within their world-wide membership. Where is the equity in this?

I reminded them that this is their opportunity to join the ranks of the rest of the woke population. They can balance their standards of excellence with the fact that chickens actually outnumber the populations of most countries. And I most definitely represent the top 2% of chickens when it comes to an Intelligence Quotient.

It was a strong argument that could not be refuted.

So I’m watching my mail waiting for the actual certificate to show. 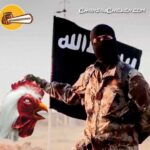