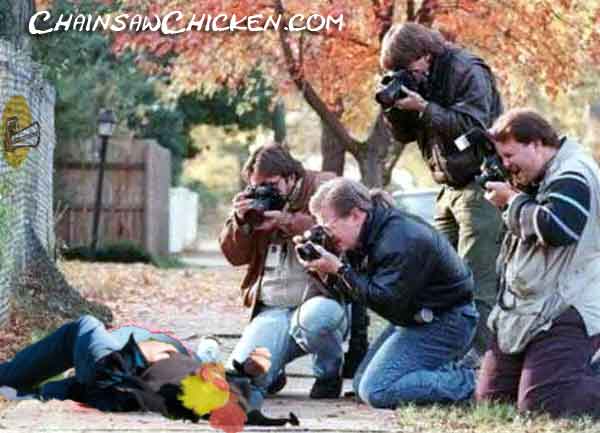 The reporters heard the call over the police band radios. “We have a possible 10-54d (Possible dead body) at the end of Main street on the west side. Please 10-55d (Send coroner) to the location.”

Within minutes there was a pool of of media vultures taking picture of my poor friend Roscoe Pullet. He was a unique individual. He was always roaming the streets, bumming a cigarette or spare change.

The coroner arrived at the Chicken Crime Scene and they began to bring out the gurney to transport the body once loaded. The press started shouting questions. “Do we know who it is?” Shouted the guy from the Post as he snapped more pictures. The Times reporter stated “I think it is Hunter Biden, he must have snorted too much Parmesan cheese!”

The coroner said “this looks like someone put an end to this poor mans life. It appears as though he suffered greatly. The anguish on his face says it all.” then saying nothing more, he checked the body to be sure he had passed.

The press continued shouting questions. “Is it a Hollywood celebrity? A political insider? An informant that was finally caught?” the questions continued flying…

Suddenly, the coroner started waiving his hand in front of his face, trying to drive away the smell and said, “This man is not dead, he’s just really drunk! He’s covered in vomit and urine and other stuff, but he’s alive”. 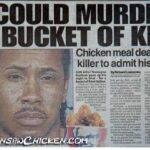