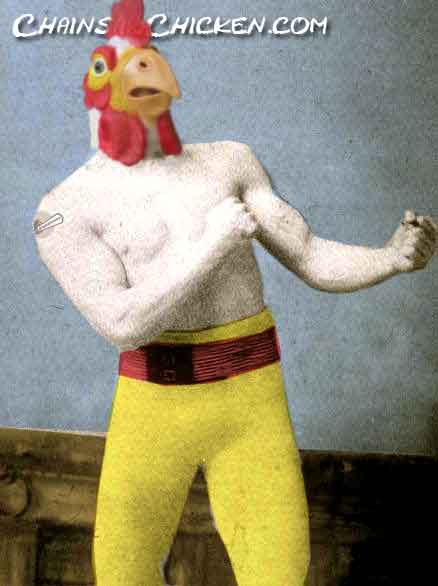 Here’s a piece of sports trivia that most do not know. A Poultry Pugilist.

Between the years of 1909 to 1913, Henry ‘Bantam’ Roosterio was the champion of Bare Knuckle Fighting. His record was 178 wins and one loss. Most of these fights were held in abandoned warehouses, open parking lots and in some barn yards. The one loss was near the end of his career when he took a ‘dive’ in order to collect on his own private bet to fund his retirement.

As Roosterio traveled to cities, towns or rural communities, word would get out and locals would go against him. The prize for winning was $100. It was never awarded. Of course, the big money was made in side betting.

The Poultry Pugilist finally retired from the Bare Knuckles battles due to a problem with his allergy to the lining in the boxing gloves as the fight trade tried to switch into the Marquis of Queensbury rules requiring boxing gloves.

The fame within the industry was so great that his story was the plot for the movie ‘Hardtimes’ (1975) with Charles Bronson playing a character based on the diary excepts of Henry ‘Bantam’ Roosterio. 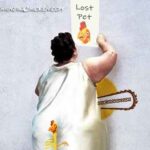