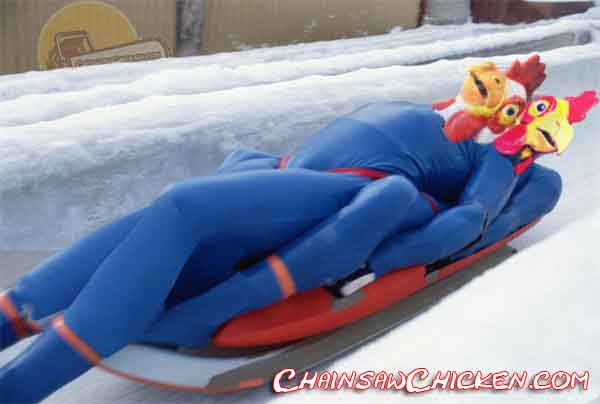 Little did we know that after recently celebrating the blessed wedding of Scooter and Skippy, we would get a glimpse of their honeymoon.

It seems that the two have slipped under the radar and were actually members of the U.S. Olympic team that headed for the Genocide Olympic Games from Beijing. Their event is the two-man, uhhhh, two person luge.

Their first luge run was kind of strange in that they tried to do the run facing each other with Skippy on top but Scooter leaned left when he was used to leaning right. You can imagine the results.

The second luge run wasn’t much better. Half way through, Skippy decided that he was tired of being the ‘top’ and wanted to flip to be on he bottom. It was quite a sight to see them work this out. The only thing that kept them from crashing is their at home practicing of changing positions they could use on the track.

Their last luge run they tried to go head-first laying side by side. But the Chinese blocked the coverage and we don’t know how it all turned out. 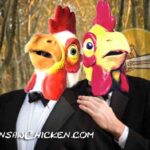