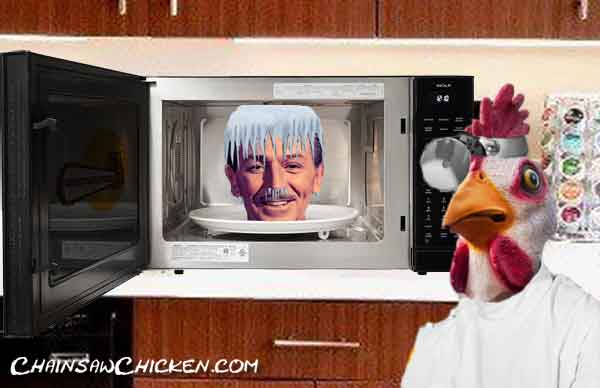 It seems that this minority block has persuaded a Disney employee to remove the frozen head of Walt Disney from the cryogenic vault below Disneyland where the founders frozen head has been rumored to be stored since his death in December, 1966.

At a hastily called press conference, the Doctor said the following, “With my advanced techniques utilizing common household items, I can un-thaw Walt’s head. I do this at the behest of these minority stockholders in an attempt to bring the Disney Corporation back to the standards Walt originated back in the 50’s and 60’s creating the foundation of this empire. I call him Walt because we were close and on a first name basis when I initially froze his head… Anyway, I digress.

“We do this in a hope to get his head fully functional and invoke some of the small print in all the Disney contracts that allow Walt to retake control of this corporation should his head ever be brought back to life.

“As we have already seen while using the defrost setting on the brake room microwave, Walt started flickering his eye lids. When we set the microwave on POPCORN, many observers believed they heard Walt say ‘Pay… Ransom’. We believe this is a reference to the foiled plot to kidnap and ransom his head a few years ago, covered in Weekly World News .” 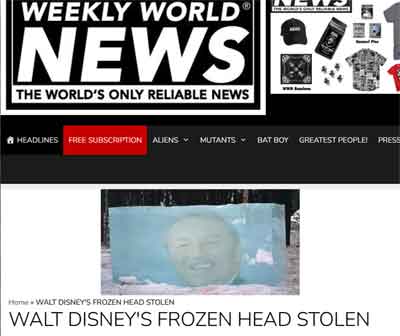 Dr. Debakie Chicken continued, “The only other utterance has been something about ‘no China’.

“Once the head is fully revived, our plans are to interview volunteers to receive the head transplant. In the meanwhile, we are instrumenting the practices and technical discoveries that were featured in the 1962 documentary, ‘The Brain that wouldn’t die‘.” 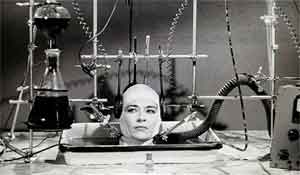 Dr, Debakie Chicken finished by saying “If you would like to be one of the volunteers to receive Walt Disney’s head, please email is at ChainsawChicken@ChainsawChicken.com and put ‘VOLUNTEER’ in the subject line.”

The doctor walked away but turned and returned to the microphone adding, “There have been some in the political world that have suggested that we use the President as a recipient and we freeze is brain but as most home cooks know, it’s not a good idea to refreeze something that has already been frozen. Besides, the left would never tolerate a new head that is conservative replacing the leader.”