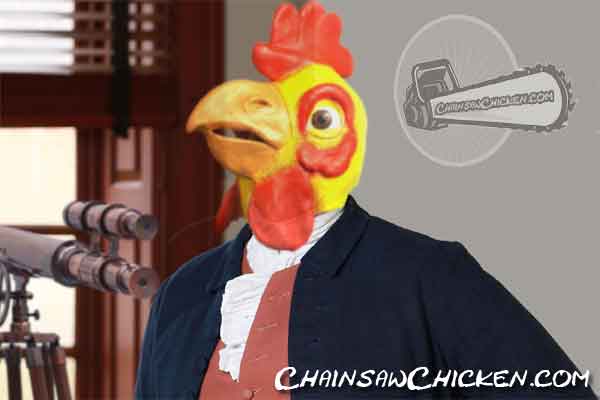 “Looking at Uranus”, is a Broadway play based the life of Astronomer William ‘Eggs’ Herschel, who discovered the planet Uranus in 1781.

There was  much anticipation for the opening of this period piece musical. In the light of the success of ‘Hamilton’, it seemed justified. While the major players were generally unknown, Chainsaw Chicken was the most recognizable name in the cast.

The ill-fated play opened with the type of music others described as ‘unstructured, over modulated, electronic noise’. We see Chainsaw, who plays ‘Eggs’ Herschel, dancing around his observation laboratory while holding his telescope. Others outside the windows of his lab are viewing him through their telescopes.

Suddenly, Chainsaw stops, turns to the audience and asks that they also view him through the small telescopes they were issued at their admittance.

He continues to dance while other persons walk on stage. They represent past famous astronomers. There was Galileo, Copernicus, Newton and others all now dancing together.

Just when you thought it should end, Chainsaw began to sing with an unidentifiable accent that sounded like a poor imitation of Klause Schwab. He sang about “Looking at Uranus”, (the planet he is credited in discovering).

The audience gasped at the pronunciation of the planets name, which sounds like he sang “Looking at you anus”.

When the song begins to talk about the two moons he also discovered circling the planet, named Ariel and Umbriel, everyone held their breath. He sang “Two pale moons around Uranus” … well, I think you can guess what they thought they heard.

The owner of the theater quickly dropped the curtain and the show was abruptly cancelled.

It was one of the shortest runs in theater history. 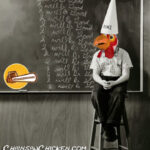 I Won’t Watch So Much