She dumped me for Bill 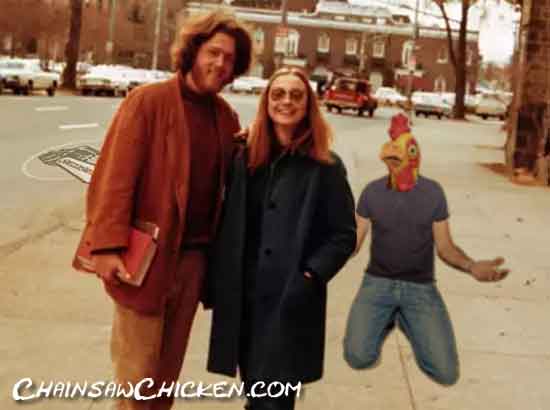 My Uncle, Sussman Chicken, always seemed to have a real thing for Hillary Rodham. They were in law school together, he hung out with her at the frat parties and sock hops. Sussman even had a pet name for her. It was Hillary ‘Hot Rod’ Rodham!  I know… Pretty painful.

They had a pretty active relationship. Some had quietly whispered that they thought there was a marriage soon in their future.

Then, suddenly, there was this bearded hippy-type pot smoker hanging around her. He used to claim that “even though there was a ‘mary jane’ in his hands, he didn’t inhale, just let it burn to look cool”.  Yeah right!

For some reason, ‘Hotrod’ found this unkempt future president to be so captivating that she ended things with Uncle Sussman. He was devastated. He begged her to return to him.

The school annual caught this picture of him throwing his dignity aside in open public. It didn’t work. My Uncle finally got his life back on track to finish law school. He was forced to change his name, dropping the Chicken part and adding Mike as his first name as he struggled to regain his future.

Later, Uncle and ‘Hotrod’ would work together in her campaign to become President. He went on to do anything to gain her attention. He even manufactured a scheme to help her in the Presidential race against candidate Donald Trump, eventually falling on his own sword to win her affections.

We will see how the courts will rule on this desperate act. 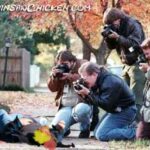