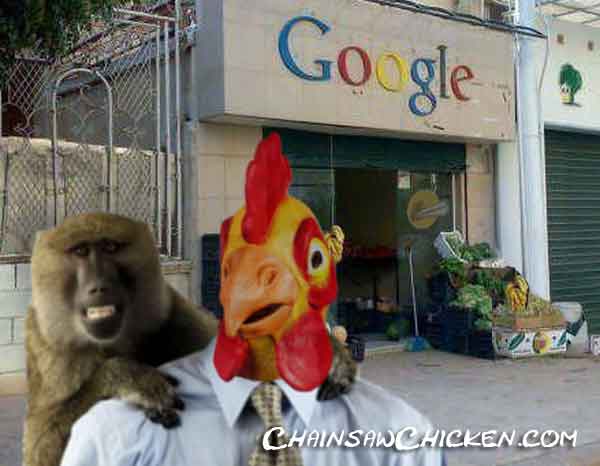 The World Health Organization believes they have identified the primary vector showing patient zero with monkeypox in the latest outbreak.

Sergey ‘Serg’ Chicken is seen here with his long time companion monkey named ‘Cheesecake’ standing in front of the original headquarters of Google. At that time, Google was a struggling vegetable and fruit store with six employees.

One day, ‘Cheesecake’ was digging through the trash when Serb discovered him. They went to a falaffle stand for a meal and they have been together ever since.

In a culturally woke society, the idea of an adult with his companion monkey is generally encouraged. If people knew the dark side of ‘Cheesecake’ they might have a different point of view.

It seems that ‘Cheesecake’ continually placed ads on Craig’s List to meet other monkey’s and those who favor monkeys for some daytime Hy-jinx. Sharing peeled bananas, checking each other for ticks and so much more.

What resulted was ‘Cheesecake’ brought home a raging case of monkeypox which spread to Serg. From there, it was ‘monkey see, monkey do’! He transmitted the pox to all the other employees at the early Google firm. The infection rate was so high that the early Google had to stop selling fruit and vegetables to the general public and switched to internet development. The rest is history.

What ever happened to Serg and ‘Cheesecake’?

They opened a falaffle stand of their own in the downtown core. 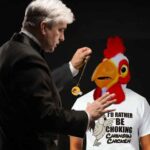