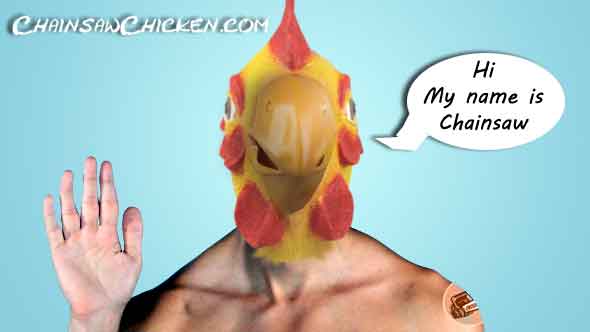 Recently, Microsoft used the opening of their annual online presentation of  ‘ignite” to exemplify their awareness of their own cultural robbery of the land their campus is located on, then they tried to address the social awareness by setting the standards and giving a descriptions to all whom may be watching.

Chainsaw wanted to do the same, at least in this posting. So let’s give it a try.

“Welcome to Chainsaw Chicken. First, like what Microsoft did in their webcast, we would like to acknowledge that our business, Chainsaw Chicken Limited, Ltd, is on land that once belonged to others. These cultures, in newest to oldest order was Mexico, who lost ownership in the Treaty of Guadalupe Hidalgo, officially titled the ‘Treaty of Peace, Friendship, Limits and Settlement’ between the United States of America and the Mexican Republic.

“Hello, Hi, my name is Chainsaw Chicken. I am an adult, Caucasian, yellow feathered chicken. In case you are visually impaired, am not wearing a shirt and  our logo is tattooed on my left shoulder.  If you could see, you would notice that I have long flowing red hair and I am strikingly beautiful.

“MY sexual preferences are in flux and I am standing in front of you, facing you.”