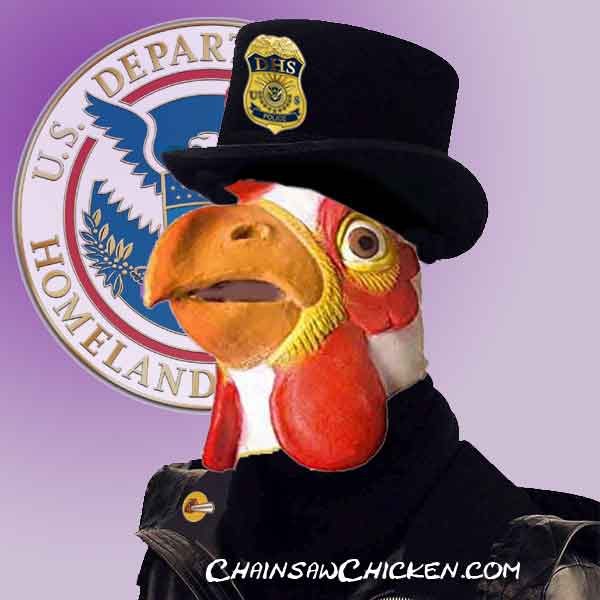 New Dis-Info Czar, O’Brien Chicken, was appointed as the replacement for the misaligned predecessor whose tenure ended faster than CNN-plus.

Suddenly, DHS was at a loss as what to do. Without delay, the appointed O’Brien Chicken. His managerial oversight at Chainsaw Chicken International, Ltd made his selection obvious.

Why? Simply put, the Chainsaw Chicken site has the clearest view of misinformation, disinformation and exaggerations exemplified by telling the truth rather than absorbing the spin of others.